Former Senator Russ Feingold made a stop at Angies Main Cafe in downtown Shawano today. Feingold is a candidate for a Senators seat which is now held by Ron Johnson. He had held that same seat for 28 years before losing it to the current Senator.

Mr. Feingold talked to a group of Shawano Democrats about a number of subjects including: jobs, wages, education, “fair” free trade, gerrymandering of voting bounderies, and citizens united. 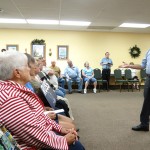 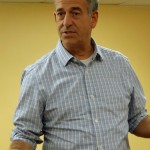 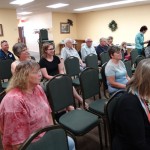