Republicans are proposing to extend the current set of gerrymandered election maps. Delays with the census data have made the redistricting timeline tight, and the GOP are using that as an excuse to propose keeping rigged maps in place for another year. This bill is being fast tracked to prevent public input. A public hearing will occur Monday and the committee vote Tuesday. Read the testimony from the Wisconsin Democracy Campaign for more information.

Call your State Legislators and ask them to oppose Senate Bill 385 and Assembly Bill 369.

I’m calling to ask my local legislators to oppose Senate Bill 385 and Assembly Bill 369 which would shift the redistricting timeline. A federal court ruled the current set of election maps an unconstitutional gerrymander. Wisconsinites deserve new, fairer maps before any more elections take place. Thank you.”

When to Call: ASAP

Right now, the Wisconsin Senate and the Assembly are rushing a raft of anti-voter bills through the Legislature.

Yesterday, the Senate voted to pass three proposals (Senate Bills 207, 210 and 213) that were passed out of committee just the day before.

We need you to contact your legislators – today or by the end of the week! – to voice your strong opposition and protect the freedom to vote.

Yard signs for Jill Underly for Superintendint of Public Instruction and Rick Cveykus for the Wisonsin Court of Appeals for District 3 are now available.  If you have a good location or know someone who does, get your sign this weekend at one of these locations:
City of Shawano: Dan Poels Call or text 920-562-5607
Bonduel:  Dan Weidner Text 715-250-1212
Gresham:  Kate Dillenburg Text or call 715-853-2526
Wittenberg: Bill Switalla Call or text 715-253-2052
Marian:  Dan Mantsch Call 715-326-1245Spread the word by putting up a sign.
Read this from Muffy and Kevin Culhane:

“Please see Milwaukee Journal Sentinel article below about ending mask mandate then please call Rep. (of 6th) Gary Tauchen at 608-266-3097 (Rep. of 36th Jeffrey Mursau 608-266-3780; Rep. of 35th Calvin Callahan 608-266-7694) and Senator (of 2nd) Robert Cowles at 800-334-1465 (Senator of 12th Mary Felzkowski 608-266-2509) to voice your opposition to ending the WI mask mandate (ie you support the mask mandate!!).  Masking, physical distancing and avoiding large groups are the public health measures the CDC recommend to stop the spread of coronavirus.  Even after both doses of vaccine we will still need to wear masks.  Please contact our state representatives to voice your opposition to ending the mask mandate (support continuing the mask mandate) in WI.  We need to continue to wear masks to get this pandemic under control.”Check out this article from Milwaukee Journal Sentinel:

END_OF_DOCUMENT_TOKEN_TO_BE_REPLACED

A LOT has happened this week, and you might not have been able to keep up with it all (that’s okay). Here’s a quick round-up:

1. Trump was impeached! Again. Every Democrat in the Wisconsin Congressional delegation voted for impeachment. Thank you Congress members Kind, Moore, and Pocan for doing your duty and standing up for American democracy!

Every Republican House member from Wisconsin voted against impeaching Trump for inciting violent insurrection at the Capitol. This includes:

2. Governor Evers gave his State of the State address, and laid out a powerful agenda for the people of Wisconsin. You can watch the full speech here, and here are some highlights:

3. The WisDems launched a six-figure ad buy calling on Ron Johnson to resign for his role in inciting the violent insurrection in DC last week.

Click here to watch our Ron Johnson ad (and donate, if you can, to help us reach more people)!

That certainly feels good to say:  THANK YOU to

everyone who helped get these two elected!

were instrumental in turning WI back to blue.

TODAY IS THE DAY! 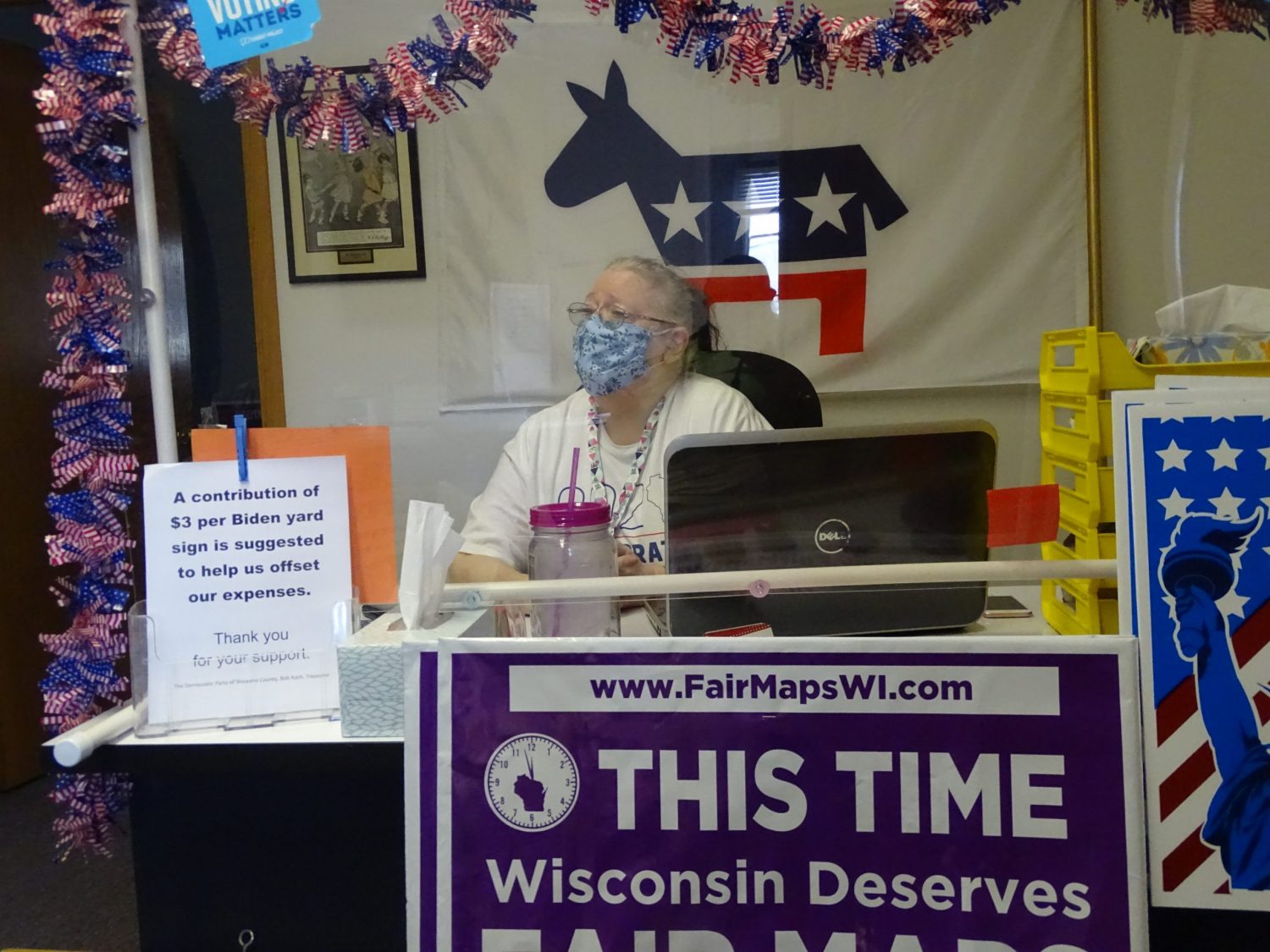